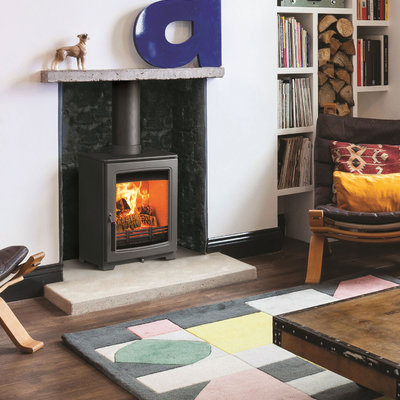 The pedestal and side glass panels make up the Aduro 9-3 woodburning stove.

The 9 Air is the model to choose if you have a well sealed house and need to fit a direct air supply.

The Aduro 15 stove is available in a few different versions. This has a solid base.

A wall mounted model that has a classical oval body with a wide glass and can be mounted at a height to suit you.

The small Aduro 16 is the baby of the range but still gives a heat output of 5kw.